School Council visit to the Houses of Parliament 16th September 2019

Last week the children in Key Stage 2 who were voted by their classmates on to the school council were surprised to learn that they were to visit The Houses of Parliament in London! 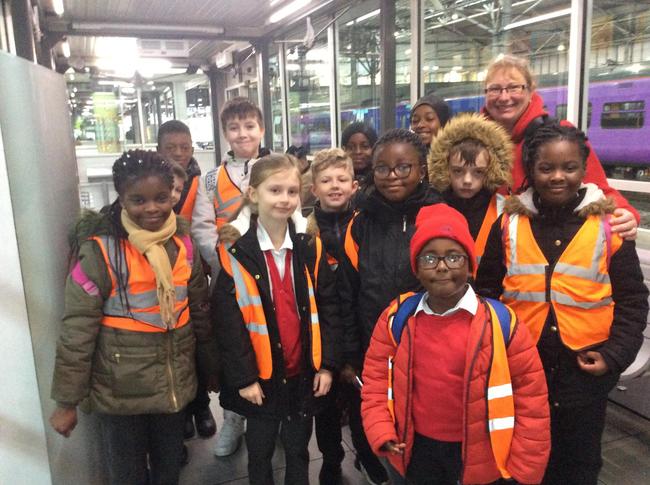 After playing lots of games and munching on snacks on the train, we arrived into London King’s Cross at around 10.30am, and caught the London underground (Tube) to Westminster, where the children got their first glimpse of the Houses of Parliament, Westminster Bridge, the River Thames and the London Eye.

We had lunch on the Southbank watching the London Eye, and then headed towards Westminster and the Houses of Parliament for a very special tour.

We were greeted by Julie, our guide who showed us the magnificent building with all of the statues and paintings of past Prime Ministers, and Kings and Queens. We visited the Robing Room, where the Queen herself prepares for the opening of Parliament by putting on her robes and her crown. Julie explained about the differences between the different houses of Parliament and the history of the building over thousands of years.

The House of Lords (the Red room) where all of the Lords and Baronesses meet to discuss Government policies in their fields of expertise, be it education, health and the NHS, business or community groups and emergency services.

We then moved on to the House of Commons (the Green room) where the MP’s from all over the country come to debate policies and laws of the United Kingdom. We saw where the Prime Minister sits, and where the opposition sit and saw the glass protected public gallery from where members of the public can come in to the Parliament to listen to the debates.

Unfortunately, we couldn’t take any photographs from inside Parliament, but we did visit Westminster Hall, which is oldest part of the building where state funerals are held for members of the Royal Family and past Prime Ministers. Here we are on the steps in Westminster Hall. 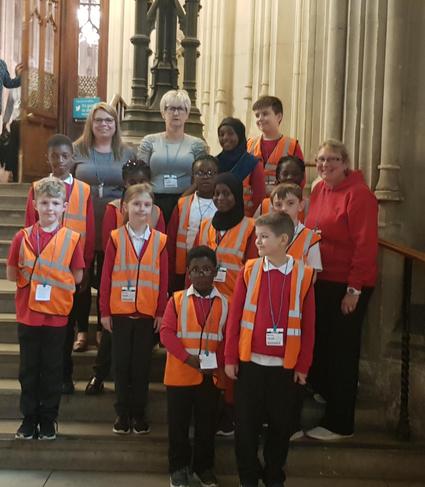 After our tour, we went to an educational workshop, where we split into 3 groups and were each given a coloured rosette. Each rosette represented a political party. Each party had a list of policies and how much it would cost to implement the policy, we then had to come up with our own Party name and our Manifesto of why people should vote for our party.

Next, we had a very important visitor, Leeds Labour MP Hilary Benn who came to meet us and talk to us about what we had seen in the Houses of Parliament and answer any questions.

We thanked our guides, and Mr Benn, and left the Houses of Parliament and headed for No. 10 Downing Street, where the Prime Minister conducts his work.

A quick tour of London allowed us to see the House of the Cavalry, Nelson’s Column, and after a really long walk down the Mall, we saw Buckingham Palace! A quick walk through St James' Park and then on to the Tube back to King's Cross station.

We headed back to King's Cross to have our evening meal in McDonald's! We got on the 18.03 brand new Azuma Train from King's Cross and arrived, exhausted at 8.30pm. We had a fantastic day!

Unfortunately not the ones with chocolate chips.

Some cookies are necessary in order to make this website function correctly. These are set by default and whilst you can block or delete them by changing your browser settings, some functionality such as being able to log in to the website will not work if you do this. The necessary cookies set on this website are as follows:

Cookies that are not necessary to make the website work, but which enable additional functionality, can also be set. By default these cookies are disabled, but you can choose to enable them below: